The Plough & The Forge 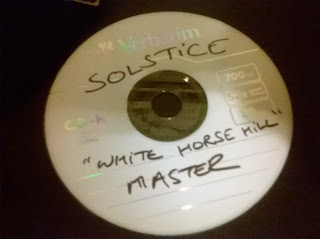 After issuing two vinyl only mini albums on our own WHITE HORSE label in 2014 and 2016 respectively (“DEATH’S CROWN IS VICTORY”, and a limited promotional version of early demo tracks from this album entitled “TO SOL A THANE”) the resulting impetus has bought us around to completing the musical work that is “WHITE HORSE HILL”.

“WHITE HORSE HILL” represents another two years work on behalf the band, it originally started to be written in 2014, and was finished late 2016, but the recording was delayed by the departure of our drummer James mid 2016; he was subsequently replaced by the drummer from “NEW DARK AGE”, Mr. Rick Budby. Naturally, Rick spent the early part of 2017 learning the songs before recording them with us. In the meantime we rejected offers of deals from numerous large labels. Not out of arrogance, but because we felt that the labels simply were not on the same page as us ideologically, or artistically.

Musically the album is intended to work in conjunction with both the lyrics (rooted firmly in the English oral folk tradition), and artwork (by US artist Chris Smith), both of which we place in equal value as being part of the finished piece. It is worth mentioning also that “WHITE HORSE HILL” was not written for the CD/Download market either, but rather written for that purest and most noble of formats; a 33rpm vinyl LP. This is of course why the albums run time is 46 minutes and no more. We believe that the days of bands releasing 70 minute plus albums for the CD market should be long forgotten, because they represented the notion that quantity should always supplant quality. If an album doesn’t fit onto a single side of a C-90, it’s too long!

Nor was “WHITE HORSE HILL” produced with the intention of being listened to upon PC speakers or cell phones, with a homogenous Disney-metal production.  We prefer real raw power from Marshall amp gain, not overpriced boutique distortion pedals and digital effects, and real analogue drums played by a real drummer, not sampled computer programmes. This album is intended to be listened to LOUD, on real speakers.

Musically we continue to draw inspiration (inspiration, not influence, because there is a world of difference!) from the same well of leftfield 80’s Epic & Doom metal as we did in the Mid 90’s when we began to forge our own path. For it was not intended that we should voyage far from our roots, and nor will we ever.

And so, as we continue releasing records we believe in 100%; and that don’t particularly sound like anything else that anyone else is doing stylistically (Though in recent years numerous younger bands have admitted our influence upon their own output, for which we are humbled by the acknowledgement), we would be grateful if you would take the time to listen to “WHITE HORSE HILL”.

We now turn our idle hands to our next record for 2019, “THE PLOUGH & THE FORGE” 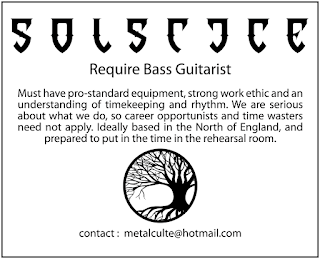 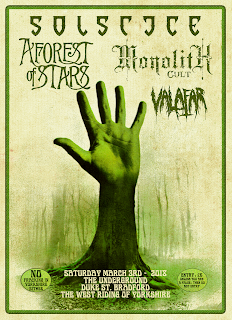 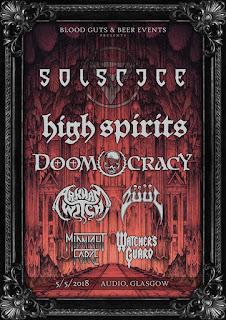 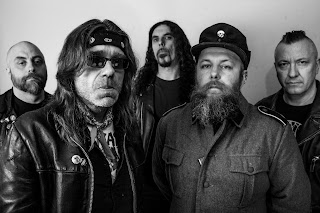 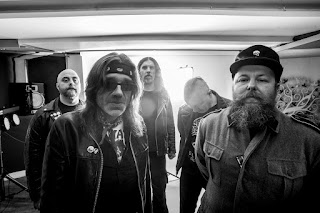 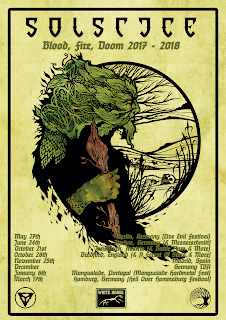 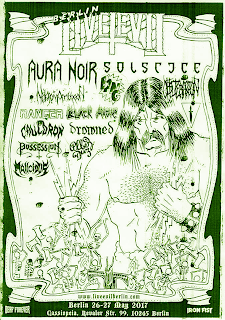 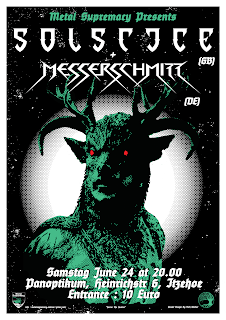 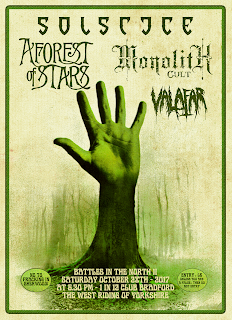 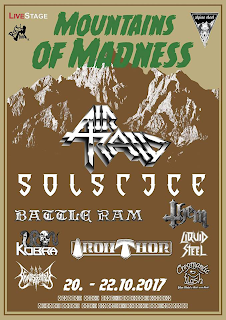 Back With A Bang!

Again, it's been a while since I found the time to update the blog, for which I apologise. As ever a combination of general apathy towards all things digital, and focusing more on actually preparing to record the actual album has been of paramount importance. More so than joining the ranks of the deluded on the world wide web who seem self obsessed and assured of their own importance in the grand cosmic scheme.

It gives me great pleasure to announce that we begin recording the "WHITE HORSE HILL" album on June 2nd, we have no idea what the final result will be, but expect to be finished at some point early August with the CD, Cassette and download versions all appearing around the same time. Of course, vinyl will be ordered straight away too, but with production turn around times varying, there can be no definite release date.

The final tracklisting of the album will run as follows :

Side A.
Under Waves Lie Our Dead
To Sol A Thane
White Horse Hill

Side B
For All Days
Beheld, A Man Of Straw
Gallow Fen

We expect a final run time of around 44 Minutes, the record being primarily written for vinyl, so care and attention has also been paid to the track order, length and song dynamics. For those of you purchasing the CD version, we will add three bonus tracks in the form of last years "TO SOL A THANE" pre-production demo.

Again, all the the artwork has been created by Chris Smith of Grey Aria studios, three full pieces, and the finished LP's will be housed in a tri-fold sleeve designed to maximize the impact of each individual piece of artwork.

In the meantime, you can listen to our final rehearsal teaser on youtube.